My first day in Australia, operating on plane sleep over an endless night.  But whatever hardship I expected from traveling in a foreign place, whatever vestige of roughness I expected from Australia's history, there was absolutely none.  Brisbane is one of the most friendly, modern towns I've ever visited.

I visited the botanical garden in the city center, but it is mostly just a park.  But I also visited the South Bank park, which was so, so much more than a park– with covered piazzas and man-made beaches and the Brisbane Eye.

It still seems foreign though, with its whale-song warblers, wandering giant ibises, big leaves.  And a cat just climbed into my room.

Coffee is all the rage here, with tons of roasters, and one of the chains is just called "coffee is my life".  I had, I think, the best cappuccino I've ever had (not difficult, given that it's been like my 6th to date), but the dusting of cocoa added a whole new level to it.

The rumors of expensive food seem to be right– there are tons of eateries, but the "lunch specials" tend to be $10-15.  Other expectations seem to be different too.  I was encouraged to invite people into my room.  Indigenous people are really a concern that's one people's minds.  And people can't seem to decide whether it's "so cold", like they were saying this morning, or if Brisbane has "perfect winter weather", drawing people out to sidewalk tables, like my [new] guidebook says.

My last activity of the day was the opening reception for the conference that brought me here, at 5pm.  I went, I had a glass of wine and an hors d'oeuvre, spoke with one person, played with the cool technology screens, and left.  I blame jet lag, though I've never really figured out how to do these conference receptions.

When a colleague of mine was asked what she'd be doing at her new job in Sweden, she answered, "I'll wake up each day and decide on the most important thing I could work on, and work on it, as long as it seems important, and then do something else."

The life of an academic is a pretty sweet deal– if sometimes brutal and dehumanizing. I answer to no one, no one sets my research agenda for me, and my only job to understand and think deeply about important issues. And between climate change, ecosystems, complexity, and the rest, the opportunities for doing that abound.

But this isn't what I want to do. I would much rather spend my time making art, snoozing in hammocks, writing sci-fi short stories, acting in local theater. Unfortunately, we're called on to pull the world back on track. If the world didn't have such strong drives toward persistent inequality and progressive exploitation, if the ethical demand wasn't there, we could seek a greater joy.

And yeah, yeah, seeking joy supports our capacity for ethical acts, and is an ethical act in itself. Maybe I'm wrong to spend my time at a monitor every day. Or maybe I would want to do it even if I didn't need to. But I don't really think so. I think we are asked to serve, because this isn't a utopia.

The challenges of this paradox– which I think are the challenges of really living– are quickly overshadowed by the challenges of actually doing the job that we think we're compelled to do. I don't often take the time to think deeply or to understand. I get quickly caught up in the action, which never seems to let up. One project leads to another, before the first ever finishes.

At a recent count, I'm working on 20 projects with 20 coauthors (not one-to-one, not including large groups). And I always want to join more. This isn't about the challenges of being overwhelmed with self-imposed work. But the self-imposed work is the fun and the futility, and pretty far from the final end.

I think I like hammocks and short stories because they're ends in themselves, rather than means to other means. But helping the world isn't about ends. The challenge is just to make sure that the ends get more time than discussions by water coolers and post on LJ and witty replies about new jobs.

I’ve tried a number of feed readers, but I have some private feeds that I don’t want to run through any public systems, so for several years now (possibly since 2006), I’ve used Planet. Planet is a python script that churns out a combined feed as a webpage. Today I stripped out the private feeds and split the blogs I follow into Friends (and Communities), and News (and Webcomics).

A lot of the links have broken over the years, but I’m always adding more even if I don’t have time to read the ones I already have. Take a look, and fill me in on friends and good material on the interweb that I’m missing!

A bonus tool, I’ve been using the perl XML:RSS library to generate a bunch of RSS feeds where they’re missing, or improve them if I don’t like them. To wit:

I also had feeds for only the comics in the Phdcomics feed and for Mark Fiore videos, but they’ve since broken.

I’ve recently gotten very into IFTTT, a tool for creating custom triggers– on anything from posting on my LJ to entering 50 m of my work– and performing custom actions– anything from copying the post to my WP blog to adding an event to my calendar. Take a look at How to Be 100x More Productive: The 35 Best IFTTT Recipes to get a sense of the usefulness.

It has limitations: I can’t trigger an arbitrary API call or post to more than one WP account. But it’s getting there.

Obama plans to extend the marine reserve around the Pacific Remote Islands Area out to the 200 nautical mile limit of the US’s jurisdiction, doubling global marine reserves:

If we ignore these problems, if we drain our oceans of their resources, we won’t just be squandering one of humanity’s greatest treasures, we will be cutting off one of the worlds major sources of food and economic growth,” he said.

“This is incredibly significant and shows global leadership from the US on this issue” said Karen Sack from the Pew Charitable Trusts.

“There is an amazing array of biodiversity around these islands, there are sea mount systems with a lot of deep sea species, all types of marine mammals.”

I seem to live my life from the outside in. Is that weird for an introvert to say? There are so many aspect of what I do that go the other way: my work and ideas and beliefs seem to come from an inner source. But living works differently. Being in the world is something I find myself doing– Heidegger would say, I’m thrown into it.

When it comes to what I want to do in the world, I begin at the furthest point: the distant future, the world as a whole, science and necessity. Here I apply my values and my ideas and my work, to come closer in. I want to help build an biocentric future, so I read and develop skills. But when it comes to applying those skills, I work on what’s at hand. I organize everything my time around doing things– digging into technical issues and finding problems that need solving. In that, I work with people, constantly. I don’t choose those people, but I do love them. They’re the people at hand. I organize projects with them, and get inspired by them, and attend endless meetings for them.

All of which, as an introvert, can seem like a huge waste of time. I find my time hemmed in by meetings, sapped by emails, dispersed to coordination.

I was chatting with a friend– let’s call her Polecat– about people who do everything with other people. I didn’t realize she was talking partly about me. It’s another way of living one’s live from the outside in: as a character said in Waking Life, “The advantage to meeting others in the meantime is that one of them may present you to yourself.”

siderea's about once a year, and I always wish more people would link to it.  So here it is, [soc/anthro] The Recipe, Or What you don’t know about LJ/DW:

There’s a recipe. It’s a recipe for maximally useful-for-engendering-virtual-community-LJ/DW-style. I’m not sure I have it exactly down yet — this is the alpha version — but I’m pretty sure that, contrary to a lot of LJ/DW users think, it goes something like this: 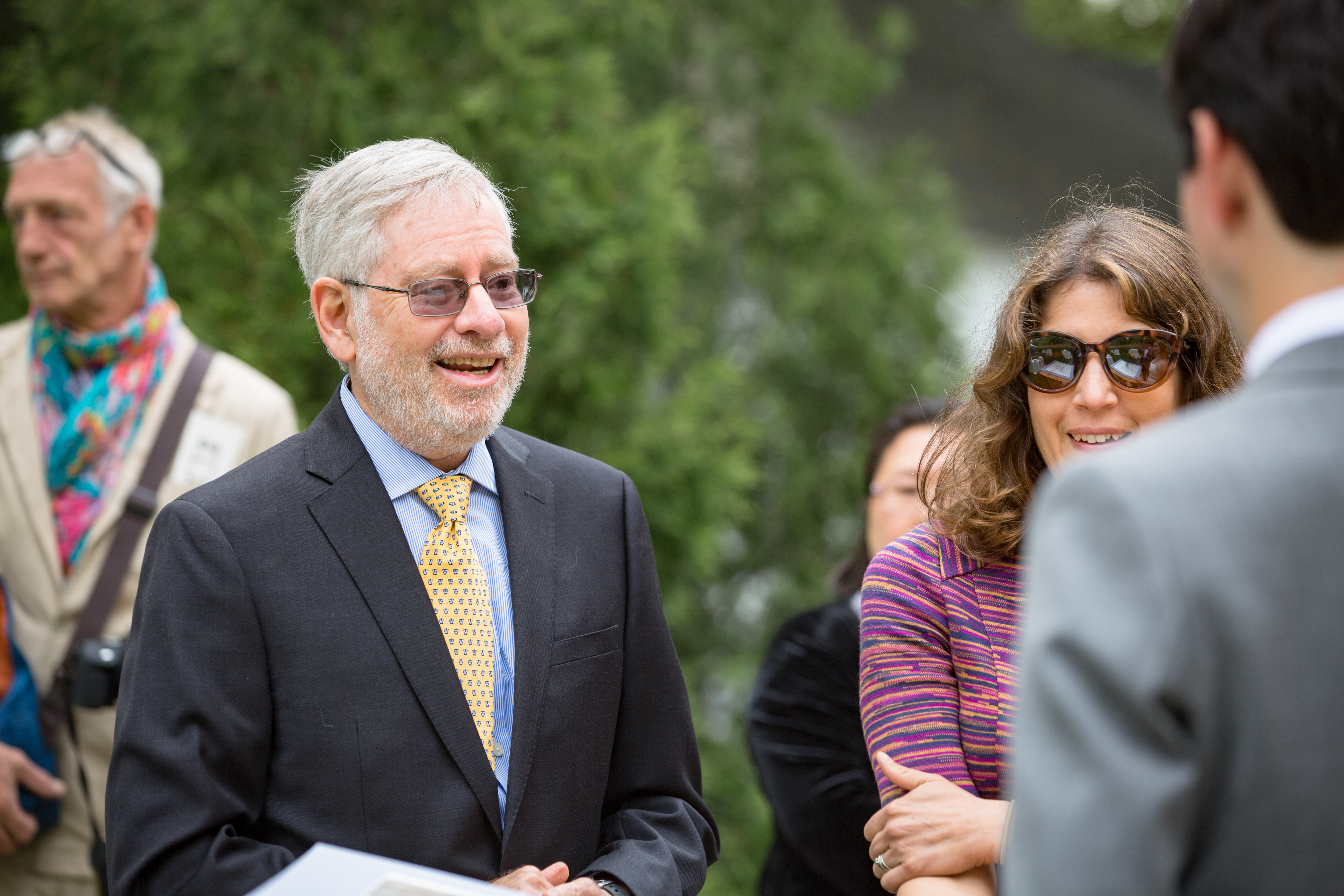