My first day in Australia, operating on plane sleep over an endless night.  But whatever hardship I expected from traveling in a foreign place, whatever vestige of roughness I expected from Australia's history, there was absolutely none.  Brisbane is one of the most friendly, modern towns I've ever visited.

I visited the botanical garden in the city center, but it is mostly just a park.  But I also visited the South Bank park, which was so, so much more than a park– with covered piazzas and man-made beaches and the Brisbane Eye.

It still seems foreign though, with its whale-song warblers, wandering giant ibises, big leaves.  And a cat just climbed into my room.

Coffee is all the rage here, with tons of roasters, and one of the chains is just called "coffee is my life".  I had, I think, the best cappuccino I've ever had (not difficult, given that it's been like my 6th to date), but the dusting of cocoa added a whole new level to it.

The rumors of expensive food seem to be right– there are tons of eateries, but the "lunch specials" tend to be $10-15.  Other expectations seem to be different too.  I was encouraged to invite people into my room.  Indigenous people are really a concern that's one people's minds.  And people can't seem to decide whether it's "so cold", like they were saying this morning, or if Brisbane has "perfect winter weather", drawing people out to sidewalk tables, like my [new] guidebook says.

My last activity of the day was the opening reception for the conference that brought me here, at 5pm.  I went, I had a glass of wine and an hors d'oeuvre, spoke with one person, played with the cool technology screens, and left.  I blame jet lag, though I've never really figured out how to do these conference receptions. 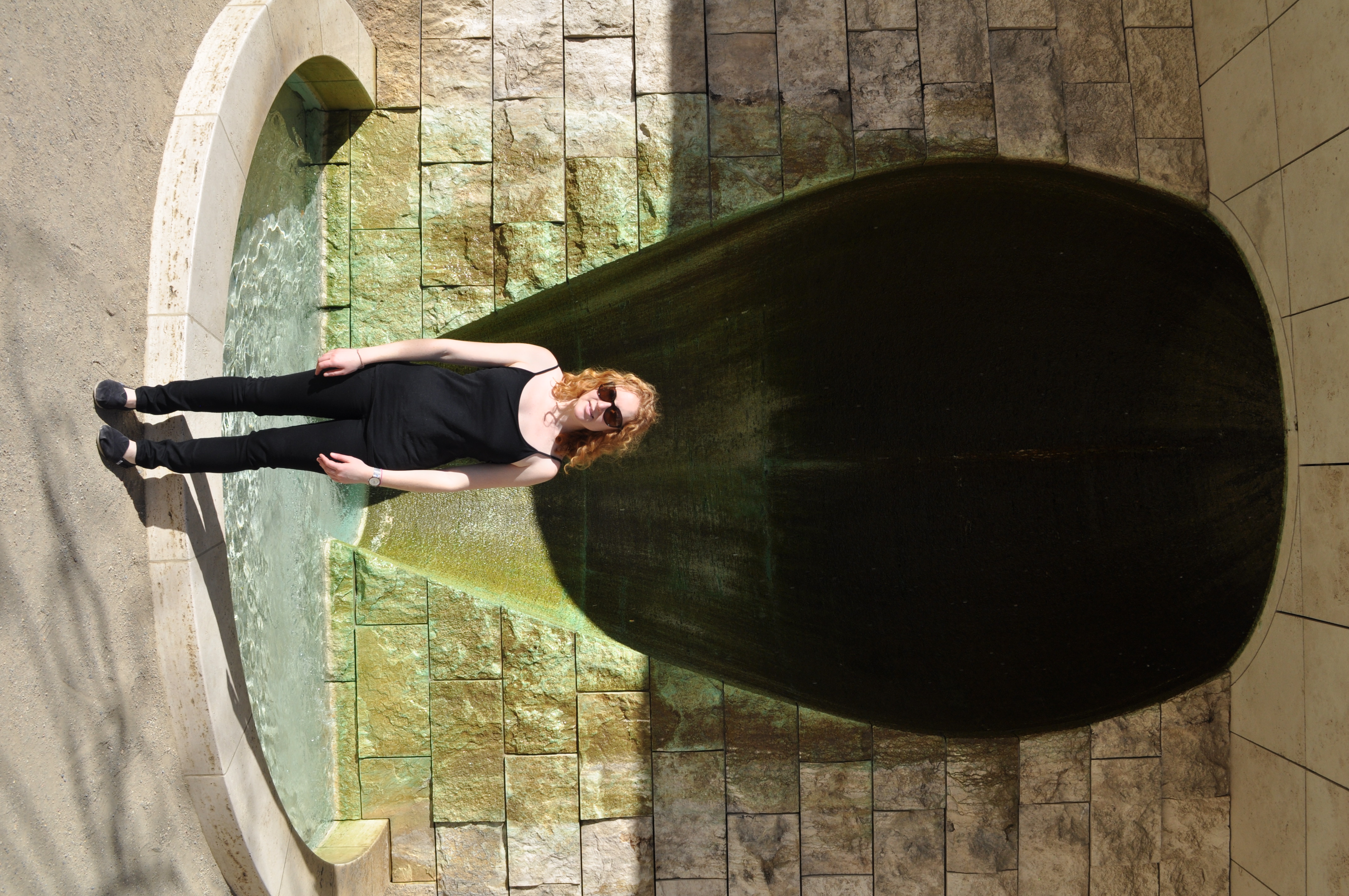