Johanna and I just returned from two weeks in South Africa and Tanzania: two weeks of early morning flights, of summer temperatures, of relaxation and ignoring emails. We packed in a little of everything: city walking, beach lazing, exquisite meals, museums and galleries, a cooking class, a snorkeling trip, and a day-long safari. Here are a couple of the highlights.

South Africa is bursting with Brooklyns. In Jo’burg, there was Maboneng, with design studios and bookstore-studios; to Melville, with its rows of crafty bars. In Cape Town, we found Woodstock, with a steampunk clothing store, a factory turned into lifestyle shops, and the Streetwires Artists Collective, half the space populated with the artists loudly work-socializing.

Our first museum attempts were stymied. The Museum of African Design was closed and the Johannesburg Art Gallery was being reappointed (but it didn’t stop us from getting into its empty halls). We had much better luck with the galleries of Rosebank (SMAC, CIRCA, and Everard Read) with impressively museumesque collections and staging.

Our cooking class was in little Prince Albert, in the middle of the desert 4 hours east of Cape Town. We arrived at 2am, meeting our host at an abandoned gas station, and following him down empty dirt roads. The next morning, we got a personal lesson from an innovative chef, making focaccia with candied figs and olives; stovetop smoked eggplant; upside-down beat pastry; and beat and chocolate cake.

What we expected would be a two hour drive turned out to be a 5 hour one, with an misplaced mountain range blocking the road. But that furnished us with our first encounters with tiny antelopes, baboon families, and guinea hens. The biome shifted from desert to savanna to forest to coastal brush. And we passed the oldest post office in South Africa, a tree first used for letter-leaving in 1501.

We spend two nights at a beach spa hotel in Arniston, a town at the site of its namesake disaster, the second worst boat wreck after the Titanic. James clambered over rocks and through a tunnel to reach a huge sea cavern. The entrance to the ocean was half-filled with each wave, causing the cave to darken and then boom as the wave spread out. Then we hurried to the southern-most point on the African continent, marked by a plaque that read, “<- Indian Ocean | Atlantic Ocean ->”.

On the way back to Cape Town, we ate at the exquise La Colombe, on a mountaintop overlooking vine-covered hills and groves. The most memorable of the dozen courses were the enchanted forest and the taste test. The enchanted forest was a contrived picnic, hosted by the Mad Hatter himself, regaling us with the most recent events of the land. One of the three deserts was a tray of five confections, accompanied by a card to match up which was salty, sweet, sour, bitter, and umami.

Cape Town also had the best museum we explored, the Zeitz MOCAA. The Zeitz is a bold contemporary art museum, with a disturbing number of artists younger than us.

We were able to carve out 5 days in Tanzania, grabbing some cheap tickets from Cape Town to Dar es Salaam, and then back to Jo’burg.

We arrived in Dar late, a crowded around counters to give away our passports and crisp $100 bills, in hopes of a visa stamp. It seemed to be a case of first push, first serve, but every passport was collected before anyone could leave. Over an hour after we arrived, a woman exited the enclosed office with a small pile of passports, calling names. We weren’t in the first pile, and another 20 minutes passed, and the prayer calls and roosters started before we could fall asleep.

The next morning, we woke up at 4:30am, thanks to James’s internal alarm which realized that his external one was set for 15 minutes after our flight was to depart. We taxied to the airport, over a craggy road better suited for the donkey that passed us, past women tending open flames in sheds with neither roof nor walls. Our plane to Zanzibar had 8 seats, including the captain’s, and an aisle 6 inches wide (and yet, two people passed me while I had my leg in it).

We stayed on Chumbe, an eco-reserve island made of fossilized coral. There are four lofted cabins for staying the night, each with a hammock and a mosquito-netted bed. One rope tied to the wall can be used to let more light in… by lowering away the wall of the cabin. The chalkboard of activities included snorkeling through the island-wide stretch of (mostly dead) coral, a nature walk featuring strangler figs and rhino rocks, and a night-excursion to see the pillow-sized coconut crabs when they emerge.

The next morning, we retraced our steps to the car, and ended up on a personal spice tour from a friend of the driver. The best part was the tour guide’s knife-wielding friend, who would continuously grab leaves and twigs and widdle on them. At the end of the tour, he presented us with crowns, bracelets, 2 necklaces, a tie, and two bags, from his craft.

One night, we went out to House of Spices, an excellent rooftop restaurant. Alas, we forgot to bring enough cash, and they had no way to take cards. Leaving Johanna as collateral, I went out looking for a reputedly closeby ATM. It was a dark night, but the streets were alive with vendors with roasting stands. I asked 6 people, and each said, “An ATM? Oh, huh, I guess we probably have one of those around here somewhere.”

Perhaps the most awesome experience was our all-day safari, when we returned to Jo’burg and drove to the eastern border of the country. The safari was coordinated by our hotel, Bushwise Lodge on a wildlife sanctuary. We drove into Kruger National Park, and no sooner signed releases than were surrounded by impalas, the main feed-species. Close behind were lions, hyenas, crocodiles, wild dogs, a leopard, and fellow prey like wildebeests, buffalos, zebras, giraffes, and elephants.

We weren’t allowed to exit the jeep, except in special double-electrified basecamps. That didn’t stop the monkeys from stealing apples right from our table, or a baboon from swooping away a bag of leftovers. The jeep didn’t seem like so much projection, the two times that nearby elephants sized us up for an playful charge. We watched as a lioness waited for her friend, and then the two of them stalked away together. We saw a leopard leave some uneaten, bloody remains in a tree, and later hyenas come for their share. We watched as a swarm of a dozen crocs drilled into a bloated water buffalo, spinning to rip out its entrails.

One of our last stops was the Cradle of Humankind, a series of caves with some of the best Australopithecus excavations. The poor creatures fell in by chance or were dropped in by predators, waiting until mining was finally invented to set them free. Dripping stalactites lined the walls and ceilings that arched high above our heads. The water table, 60 m down, led to an underwater river with maggots and the ghosts of its first explorers. Johanna was visited by many biting ants and was ‘over it’ before the tour even started.

On our last full day, we went to Pretoria, seat of Apartheid. We skipped those monuments, in favor of Freedom Park, a winding path upwards to a series of spaces for contemplation. It had an excellent-looking museum, reminiscent of the Native American Smithsonian, but we raced through it to get to the gardens before they closed. The next day, though, we explored the Apartheid Museum, filled with video clips and wire-cage rooms. The most disconcerting part was the disney-like amusement park directly oppose it.

Our last night, we hit up a jazz bar called the Orbit, on their open-mic-like night. On stage was something between a band and a “guy and friends”: the pianist, drummer, and bassist stayed up, while the MC/band-leader orchestrated a series of improvisations. The first few improvizations started with one instrument or singer, but the last was the highlight. He brought up a singer without a song, who waited as the music converged a little, and then added some lyrics, made up on the spot. Five minutes in, he brought up a second singer, while the first was still going, and the two started playing off each other. The audience was on the edges of its seats for over half-hour, as the group of them played oscillated from beautiful chaos to islands of coherence. At a certain point, tension appeared between the singers, with the first (a black woman) starting to sing-chant “I love black.” The other (an Italian man), responded with a liturgy about how there were so many different kinds of people. Eventually they made up, with the woman chanting, “Zion,” and the man joining in.

From there, it was back to Boston, to Springfield for a first Thanksgiving, to Lowell for a second one, to the visa office to finally give away our passports, and then to Cape Cod to finish off the best vacation of 2017. See the rest of our photos here! 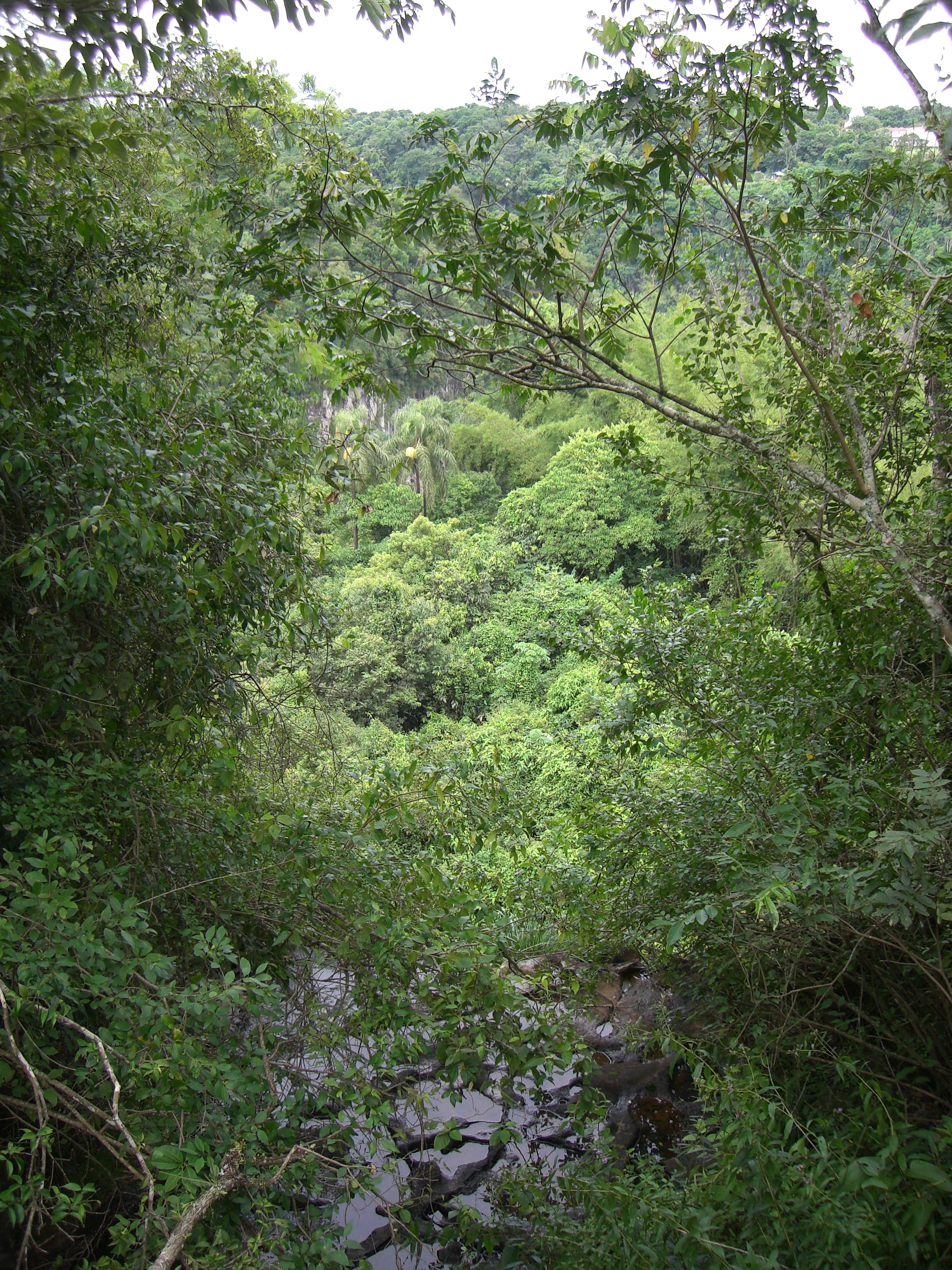